The Union College campus occupies 130 acres in downtown Schenectady, N.Y., a city of 60,000 founded by the Dutch in 1661. French architect and landscape planner Joseph Ramée developed the Union College campus plan in 1813, making it the first unified campus plan in America. He designed a great central court flanked on three sides by buildings and open to the west, with a round pantheon as the focus. At the center of the grounds, on the spot originally designated by Ramée for his pantheon, now stands Union's most unusual building, the distinctive Nott Memorial. Begun in the 1850s and completed in 1875, the Nott is a beloved symbol of the College as well as a National Historic Landmark.

The Union College campus is a milestone in the history of American collegiate architecture, for Joseph Ramée's 1813 master plan was the most ambitious and innovative design for an American school up to that time and became a model for later campuses.

"When you dream about what college will look like, this campus is the image you have in your head. I'll never forget the first time I saw it." — Union alumna

Designed by Edward Tuckerman Potter (class of 1853), this building derived from the central rotunda in the original Ramée Plan. It served as the library until 1961 when Schaffer Library was built. The Nott Memorial was added to the National Register of Historic Places in 1972 and designated a National Historic Landmark in 1986. LEARN MORE ABOUT THE NOTT 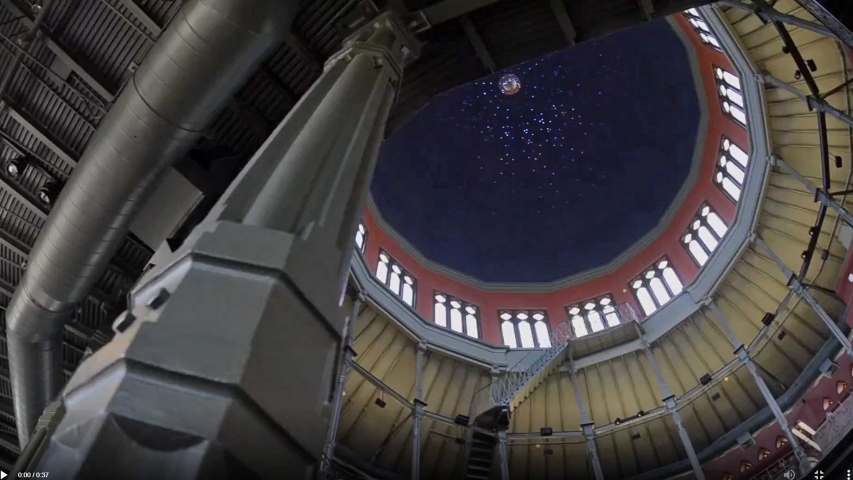 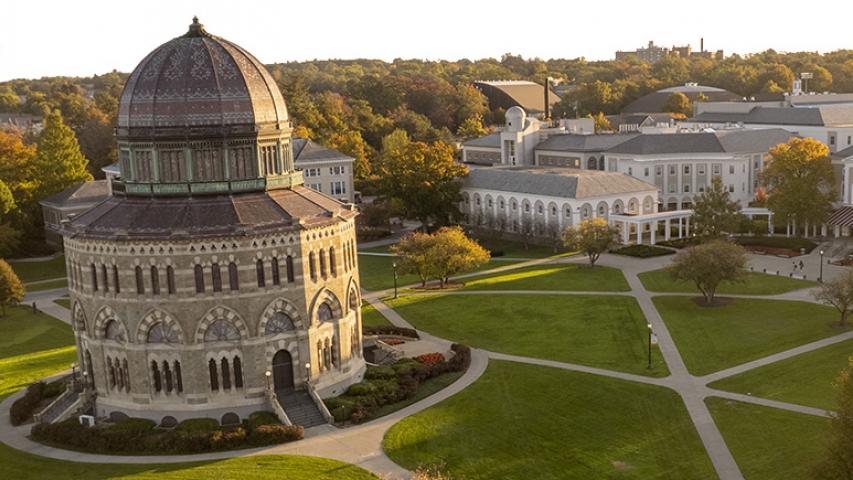 This spacious building has studios for drawing, painting, sculpture, printmaking, and 2D and 3D design, as well as a media lab, photography suites and dark rooms. The center also houses the Crowell and West galleries, individual studios for advanced students, and a metalworking studio alongside an outdoor sculpture space.

The former Alpha Delta Phi House was built for the fraternity between 1895 and 1898. It is the oldest surviving structure on campus originally constructed as a fraternity house and still has the Alpha Delta Phi crest on the front face of the building. After the fraternity’s lease on the land expired, the building was completely renovated by the College, and it reopened in the summer of 2001 as the Grant Admissions Center.

Begun in the 1830s by Professor Isaac Jackson of the Mathematics Department, Jackson's Garden comprises eight acres of formal gardens and woodlands. Sited where Ramee’s original plans called for a garden, it drew the admiration of esteemed visitors such as John James Audubon, and evolved into a sweeping retreat for both students and faculty, and remains a favorite campus spot to this day.

Opened in 1967 as the Social Sciences building, today's Lippman Hall serves as one of the cornerstones of the liberal arts tradition at Union. Housing faculty offices and classrooms, the building is one of the most heavily used on campus. A generous contribution from Jim Lippman '79, supported a major renovation in 2009.

Memorial Chapel was constructed between 1924 and 1925 to serve as the central College chapel and to honor Union graduates who lost their lives serving during wartime. The names of Union alumni who died in World War I and World War II appear on its south wall, flanked by portraits of past Union College presidents.

The building was constructed in 1910 as the General Engineering Building. Converted to a student center in 1972, it was not until a major reconstruction project in 1985 that it became a true college center with numerous dining and lounge spaces, an outdoor plaza, an auditorium, meeting rooms, and offices for student-related services and organizations. It was renamed the Reamer Campus Center in 1995.

Schaffer Library, erected in 1961, was the first building constructed at Union for the sole purpose of housing the College library. Trustee Henry Schaffer donated the majority of funds needed for its construction as well as for a later expansion between 1973 and 1974. A major renovation undertaken in the late 1990s provided space for College Media Services, Writing Center and a language lab.

Completed in 2011, the Peter Irving Wold Center houses the Phasor Lab for electrical engineering and music research, which has a recording studio equipped with a Steinway. The Collaborative Design Studio provides opportunities for prototyping design, 3D printing and digital fabrication. The Castrucci Gallery explores intersections between arts, math and science.

Union in pictures: The campus

Get a sneak peak of the campus inside and out.