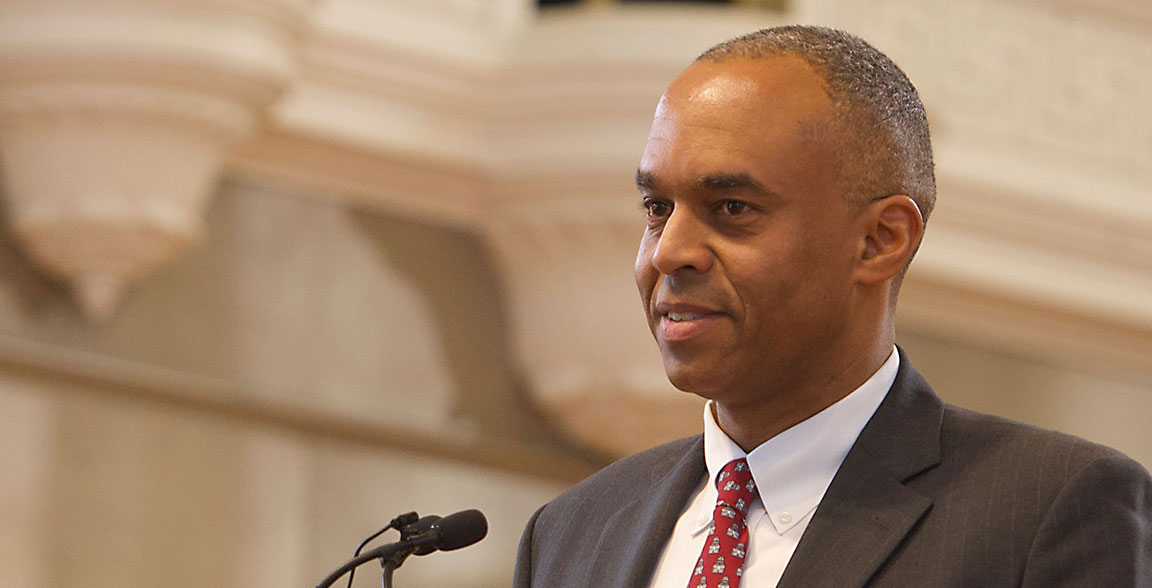 The 19th president of Union College

David R. Harris, Ph.D., a sociologist with a distinguished record as an innovative teacher, scholar and administrator, has been named the 19th president of Union College. His term begins July 1, 2018.

“This is a great honor for me,” said Harris. “I developed a deeper appreciation for the College during the search process. Union has a national reputation for the ability to integrate science, technology, engineering, and math (STEM) fully with the other liberal arts disciplines. That ability to offer students both a broad and a deep education is critical in today’s world. The College’s leadership position in this area creates a tremendous foundation for even greater success.”

Harris, 48, has been provost and senior vice president at Tufts University since July 2012. As the chief academic officer at Tufts, Harris oversees the university’s eight schools, numerous cross-disciplinary programs, and many centers and academic initiatives.

He previously served in multiple roles at Cornell University, including senior associate dean of the College of Arts and Sciences, vice provost for social sciences, deputy provost and interim provost. In 2010, he served in the Obama administration as deputy assistant secretary in the U.S. Department of Health and Human Services.

In his time at Tufts, Harris has been a transformational leader with an impressive record of achievement. Shortly after joining the administration, he led a year-long effort to create Tufts’ first-ever, university-wide strategic plan. From that plan emerged many new initiatives, including 1 + 4, a program to energize civic renewal by providing students an opportunity to engage in a year of international or national service before starting at Tufts. The strategic plan also led to the creation of Bridge Professorships, which span two or more schools to advance research and teaching on complex issues.

At Tufts, Harris also established the new position of chief diversity officer and associate provost, and he launched Bridging Differences, an initiative to empower the Tufts community to develop the skills necessary to engage in informed and civil discussion around some of today’s most challenging topics.

Widely known for his warm and welcoming personality, Harris has worked hard to connect with the Tufts community. In partnership with the Tufts Cycling Team, he created the Tufts Century Ride – a 100-mile bike trek through the three Tufts campuses that garners a great deal of community participation each year.

Harris will succeed Stephen C. Ainlay, who announced last August that he would step down at the end of the academic year. When he ends his tenure Ainlay will have completed 12 years of distinguished leadership at Union.

Prior to his tenure at Tufts, Harris held numerous academic and administrative positions at Cornell University. He joined the faculty in 2003 as a professor of sociology. In 2004 Harris became the founding director of Cornell's Institute for the Social Sciences, where he was responsible for launching several intellectual theme projects, seeding individual research projects, incubating a successful effort to attract external funding and adding new interdisciplinary courses to the curriculum.

From March 2010 to July 2011 Harris took a leave from Cornell to serve as deputy assistant secretary for human services policy at the U.S. Department of Health and Human Services (HHS). Working with colleagues across HHS, several other federal agencies and the White House, he focused on programs designed to reduce poverty and promote opportunity.

Harris’s scholarship has focused on race and ethnicity, social stratification and public policy. His work has applied theories from sociology, economics and psychology to empirical studies of racial and ethnic disparities in socioeconomic status, the fluidity of race, and racial and nonracial determinants of residential mobility.

Raised in a neighborhood outside of Philadelphia, Harris was a first-generation college student. He attended Northwestern University, where he earned a B.S. in human development and social policy in 1991, and a Ph.D. in sociology in 1997. He credits financial aid, academic staff and faculty with opening doors to a range of transformational opportunities that changed his life.

Harris and his wife, Anne, met as undergraduates. They have three daughters, ages 7, 18 and 20. 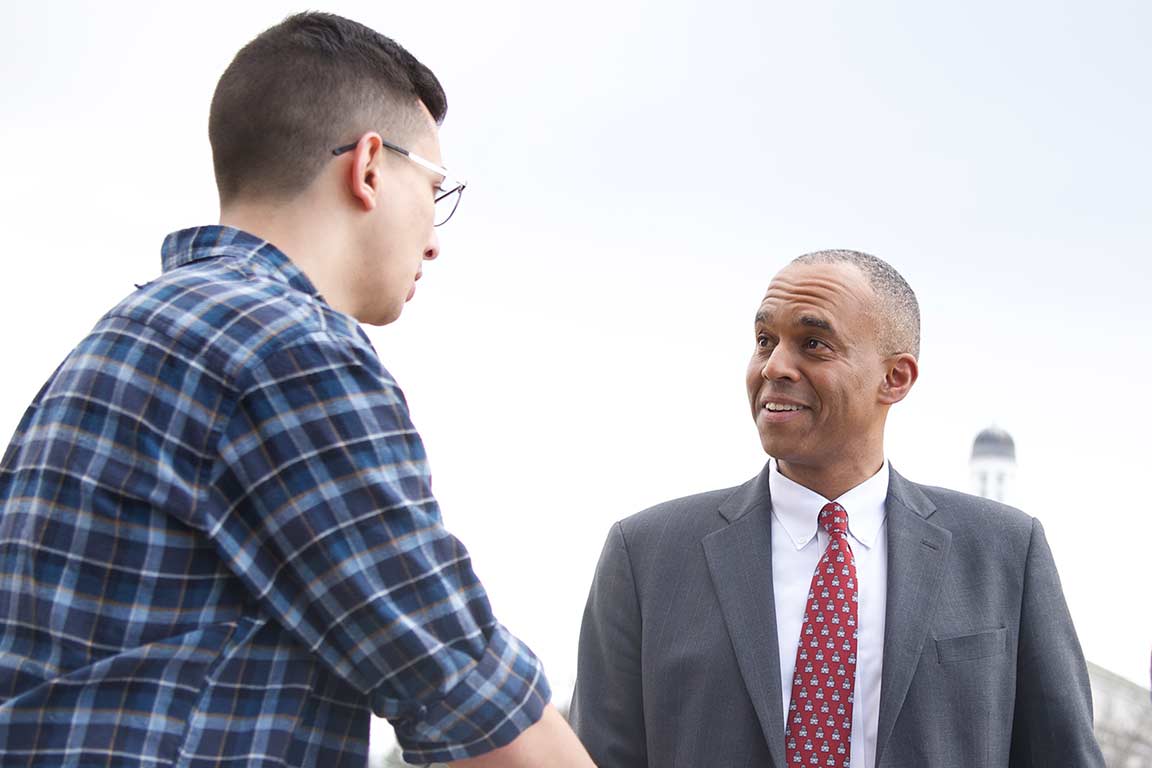