Five students from the Department of Physics and Astronomy were among 160 undergraduate students who presented posters at the Fourth Joint Meeting of the Nuclear Physics Divisions of the American Physical Society (APS) and the Physical Society of Japan in Waikoloa, Hawaii, in October. Salina Ali ’15, Benjamin Nadareski ’16, and Joshua Yoskowitz ’16 presented posters on research they performed with Professors Scott LaBrake and Michael Vineyard in the Union College Ion-Beam Analysis Laboratory on airborne pollution in Upstate New York. Mathew Giso ’16 and Rebeka Kelmar ’17 presented work they did with Professor Rebecca Surman on the production of heavy elements in the stars. The students all won competitive awards from the Conference Experience for Undergraduates program of the APS for travel and lodging. 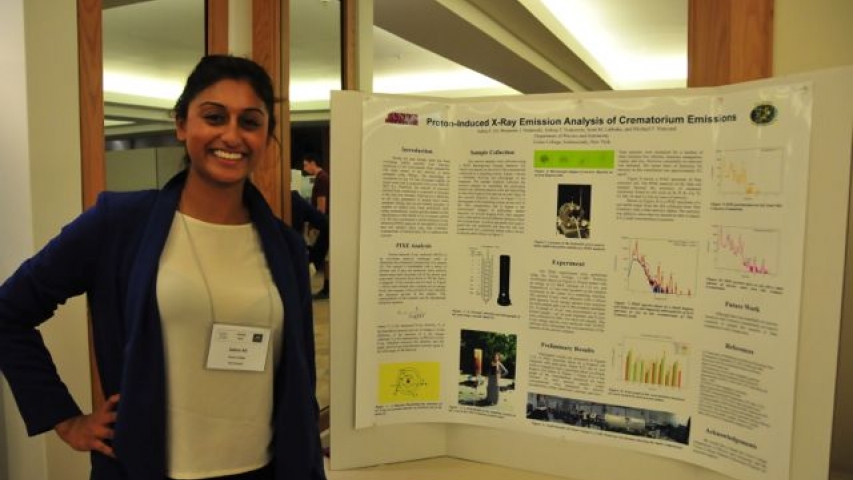 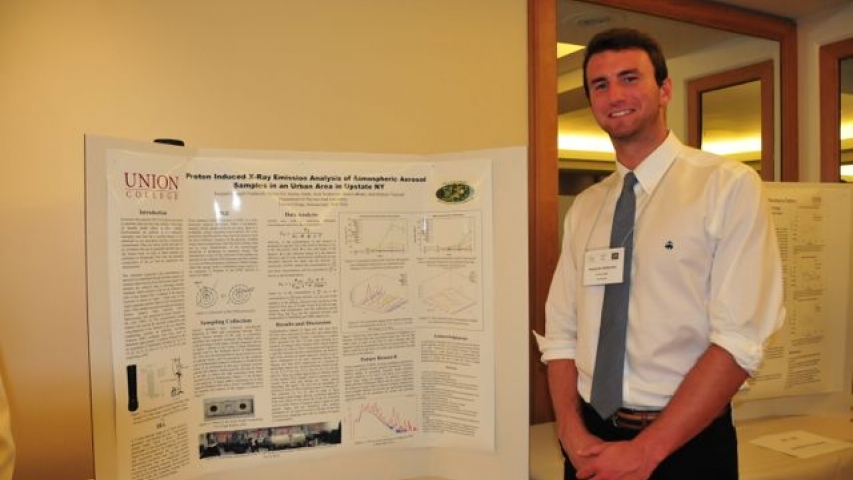 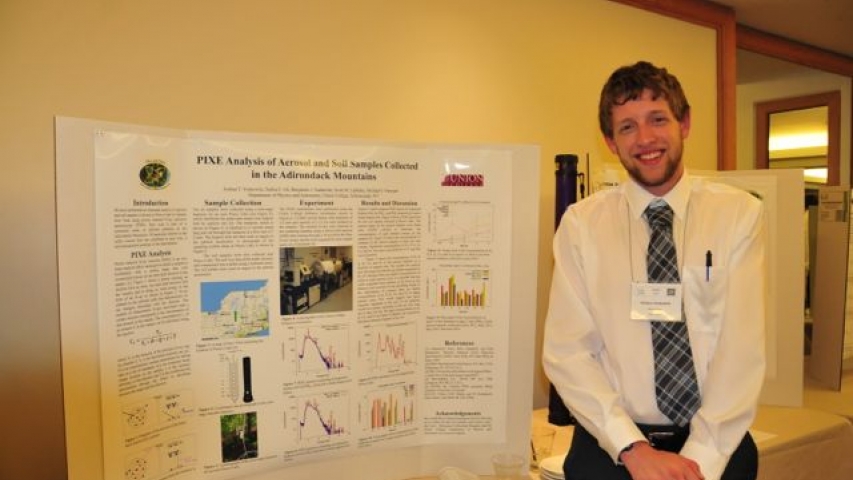 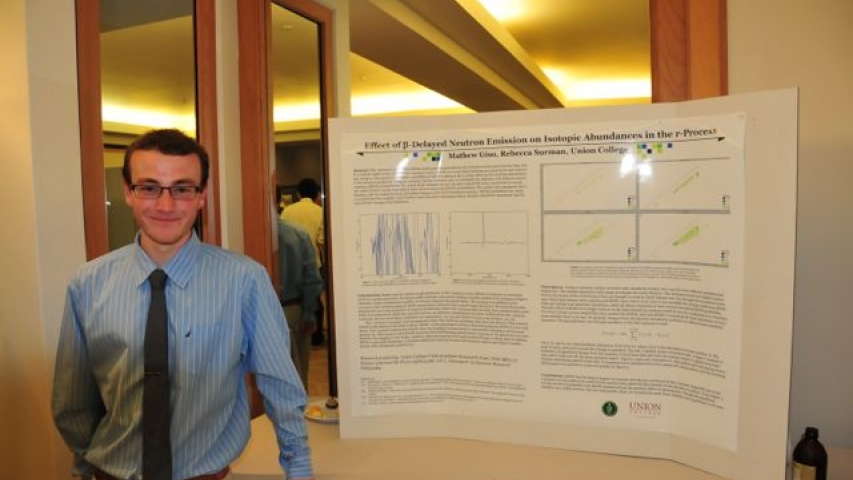 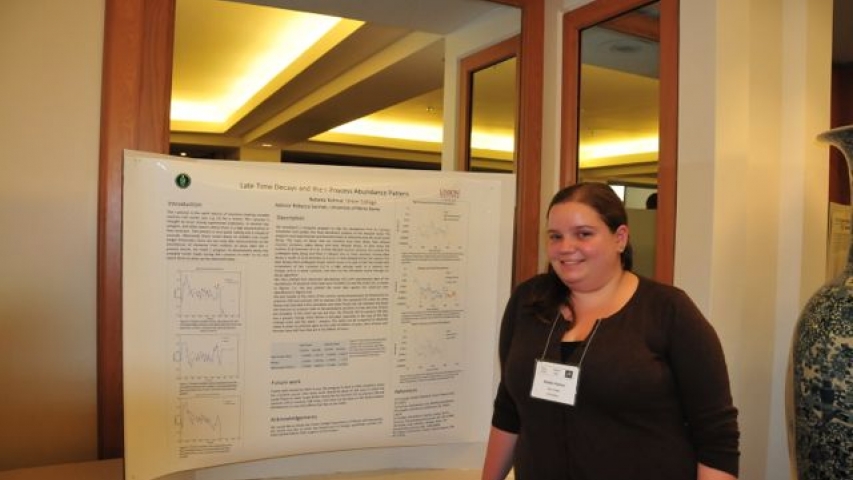