First year Union student Christos Kakogiannis participated in the 12th International Olympiad on Astronomy and Astrophysics, Nov 3-11, 2018 in Beijing, China. The competition, which is associated with the International Astronomical Union, involved over 200 students representing 39 countries including the United States and Christos's native Greece. Participants were judged on astrophysics theory, astronomical observations, and data analysis techniques. This was the third time that Christos was selected in a competitive format to represent his country, and he was awarded an honorable mention. In addition, he and his teammates have been invited to a meeting with the Honorable Prokopis Pavlopoulos, the president of Greece. Christos is currently majoring in Physics and plans to go to graduate school in astrophysics. 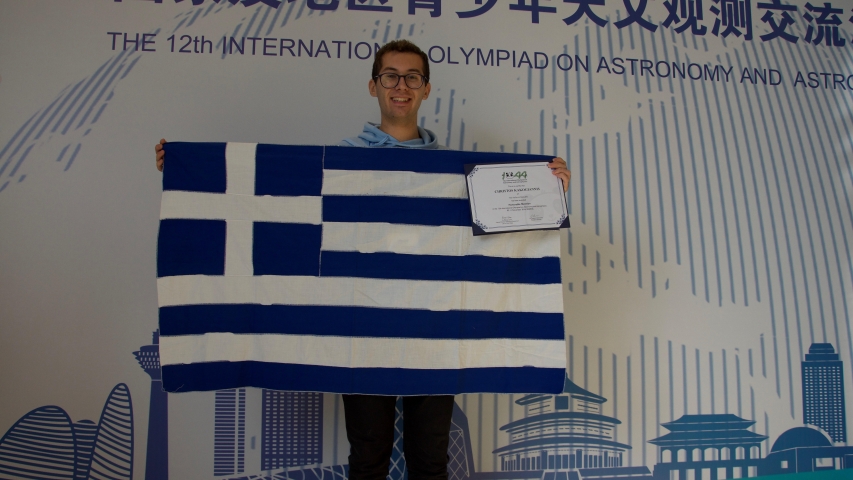 Christos Kakogiannis at 12th International Olympiad on Astronomy and Astrophysics, holding his certificate for Honorable Mention.