It’s all relative: Letters from Darwin and Einstein find a home at Union

When he worked at General Electric in Schenectady, Earle Mullen and his wife, Jo-Ann, would take frequent trips to New York City, where she grew up experiencing its art, theater and culture.

On one particular trip in July 1982, the couple visited B. Altman’s, the famed full-block department store at Fifth Avenue and 34th Street. They went up to the eighth floor, where the store’s unique Art Gallery offered for sale hundreds of autographs, manuscripts, maps, rare books, prints and paintings. Among the works available were original letters signed by George Washington, John F. Kennedy and Napoleon I.

The Mullens left that day with two framed signed letters: one by evolutionist Charles Darwin and the other from the famed German physicist Albert Einstein. They paid just under a thousand dollars for each.

A physicist himself, Earle Mullen held both men in high regard.

For more than two decades, the letters hung on the wall of the den in the couple’s Niskayuna home and later in Grand Junction, Colo., where they moved in 2008.

The letters now have a new address: Special Collections in Schaffer Library.

When he died in 2018 at age 93, Earle Mullen – a man who loved the opera, classical music and fine wine – specified in his will that the letters go to the College. Although he had no direct connection to Union – he was a graduate of the University of Toronto - he would visit the library weekly and attend lectures on campus.

“He really appreciated the College being a bastion of learning and education in the area, and he took advantage of it,” said his daughter, Jocelyn, who lives in Grand Junction. “He enjoyed what a college does for a small town in terms of its impact on culture and knowledge.”

Darwin was a prolific letter writer, corresponding more than 15,000 times with his family and a range of other people around the world. The letter Mullen bought, dated Aug. 9, 1872, was written to Darwin’s cousin, Francis Galton, a prominent Victorian scientist who coined the term eugenics. The handwritten letter was one of a series exchanged between the two men, according to the Darwin Correspondence Project. Several were about rabbits Darwin needed for an experiment.

“I telegraphed you this morning about the Rabbit. Our confounded carrier suddenly changed his mind & goes up to night, perhaps he will bring the rabbit tomorrow evening. If it does not then come I do not know how it had better be sent; if by Railway, I may not perhaps hear when it arrives at Orpington.”

The Einstein letter is typed in German and dated Dec. 5, 1939. It is to Rudolf Ehrmann, an internist and college professor, who, with Einstein’s help, was able to flee Nazi Germany. He later served as one of Einstein’s doctors in the U.S. The letter is on behalf of Ehrmann’s son, Rolf.

Mullen was fluent in five languages. He translated the German text to read:

Dear Mr. Ehrmann:
Attached is the recommendation for Rolf. I would be happy if you would write to me briefly, as is the case with the issue about the teaching matter at New York University and if you think I can do anything about it.

With best regards to you and yours,

The monetary value of the letters is unknown. While signed letters from both men have fetched substantial money at auctions, Sarah Schmidt, director of Special Collections and Archives, said that is not relevant.

“To me, the real value of the letters is the tangible connection with history and two luminaries in their respective fields,” she said.

An exhibit featuring the letters and other recent acquisitions is planned post-pandemic.

An environmental engineer and the “main scientist in the family,” Jocelyn Mullen admitted she was initially disappointed her father did not leave the letters to her. Jo-Ann, her mother, died last year. However, Jocelyn is excited to have the correspondences kept at Union.

“My father never stopped learning,” she said. “He was immensely curious about everything. In this time of science denial, I hope the College can display the letters to show the human side of two brilliant scientists.” 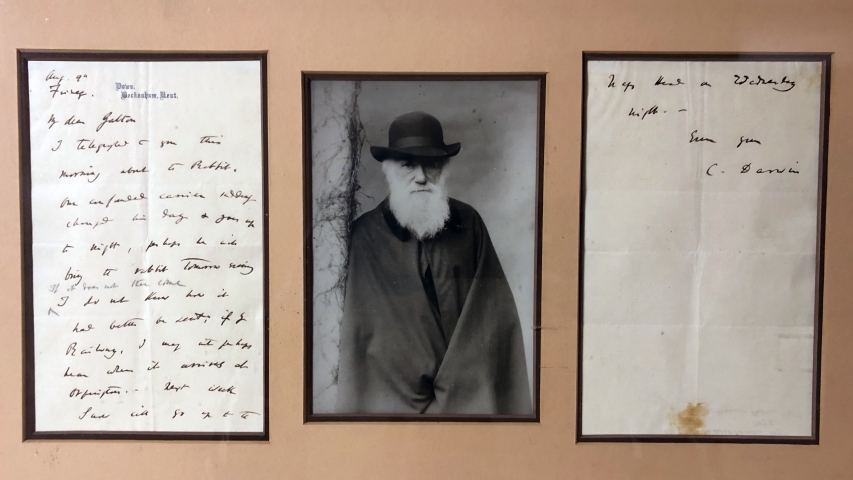 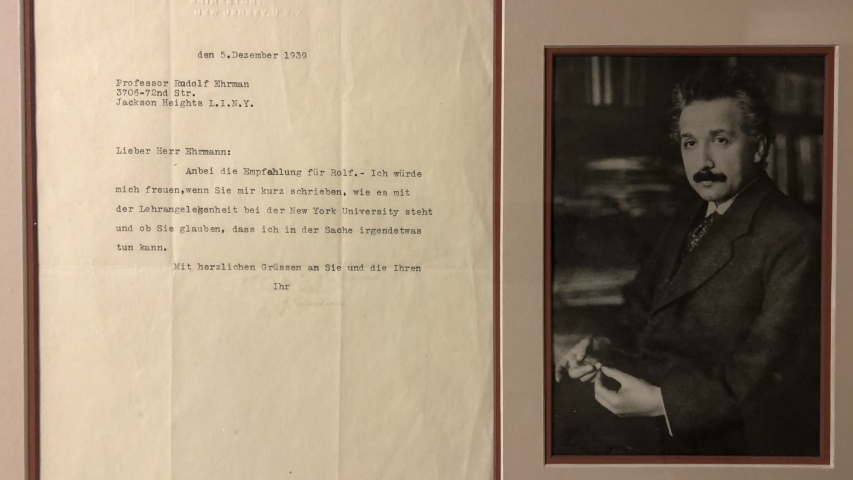