Radio Days: a century on the air

This month, we celebrate a century of Union College radio. Here, we remember the first broadcast on Oct. 14, 1920. More coverage of the anniversary will follow in the upcoming issue of Union College magazine and online. As part of virtual Homecoming Weekend, a panel of alumni recalled their Union radio days and the careers that followed. [To see a recording of the WRUC Zoom panel, visit here.]

On the evening of Oct. 14, 1920, amateur radio operators as far away as Hartford, Conn., could hear a scratchy phonograph recording of Irving Berlin’s “Tell Me, Little Gypsy” sung by tenor John Steel. Then came seven more pieces from records borrowed from the H.S. Barney department store in exchange for on-air mention.

The signal came from the Union campus, where a 150-watt transmitter and an antenna strung between two trees “sent the music hurtling through the ether,” according to Concordiensis.

The first broadcast, with William G. McCaig ’23 as announcer, went from 8 to 8:30 with a three-minute break midway to cool down the transmitter. It was the first of 30 weekly Thursday night concerts from the station then known as 2ADD.

The broadcast of Oct. 14, 1920 made Union the first college radio station, and the first licensed station of any kind, to air regularly scheduled programs.

Union's broadcast preceded by 19 days Pittsburgh’s KDKA, which aired the returns of the Harding-Cox presidential election on Nov. 2, 1920. Another station, 8MK of the Detroit News, began broadcasts on Aug. 20, 1920, but did not have a broadcast license.

The 1920-21 year had a number of other firsts, many attributed to Leo Freedman ’21, the promotion-savvy secretary/treasurer: play-by-play game broadcasts, music for off-campus dances and advertisements for Union’s engineering program.

Among the exploits that year was a claim to the first portable broadcast receiver, the “wireless baby carriage.” During spring prom weekend, students outfitted a wicker baby carriage with a receiver, antenna and batteries and had a student’s date push the contraption around the streets of Schenectady as it played music broadcast from campus. The stunt was re-staged three weeks later for a newsreel that ran throughout the U.S. and Europe. 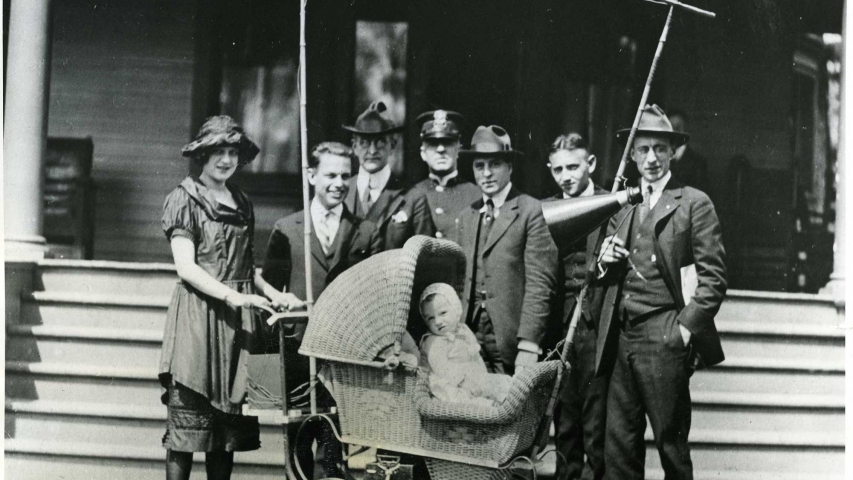 The "wireless baby carriage" stunt in this incarnation included, from left, an unidentified prom date; Leo Bombard '22; Edwin Conde '93, chairman of the Graduate Council publicity committee; Schenectady Patrolman “Lobby’ O'Brien; William T. Meenan of the General Electric news bureau; Leo Freedman '21, originator of the carriage idea; and Clyde Wagoner of the GE News Bureau. The baby was 10-month-old Marvin Smith, who would graduate from Union in 1944. 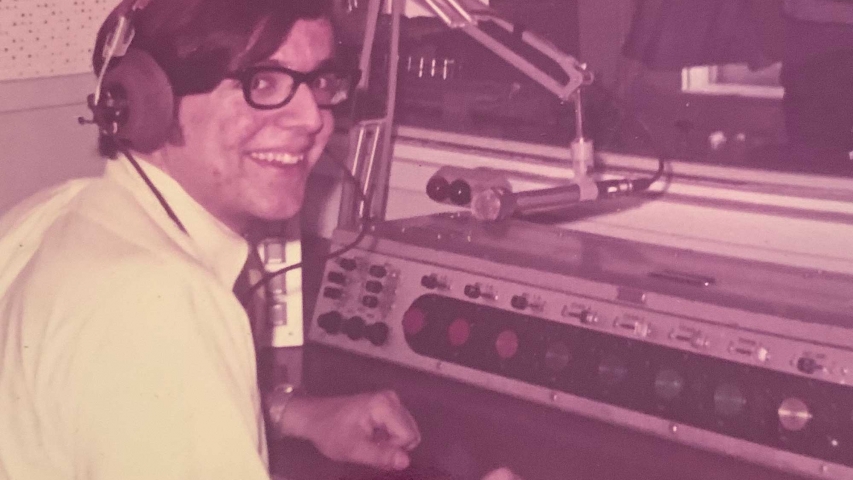 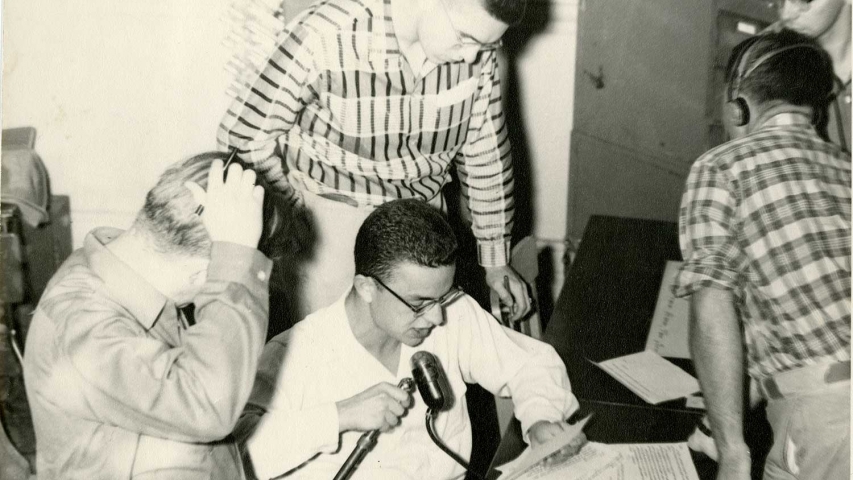 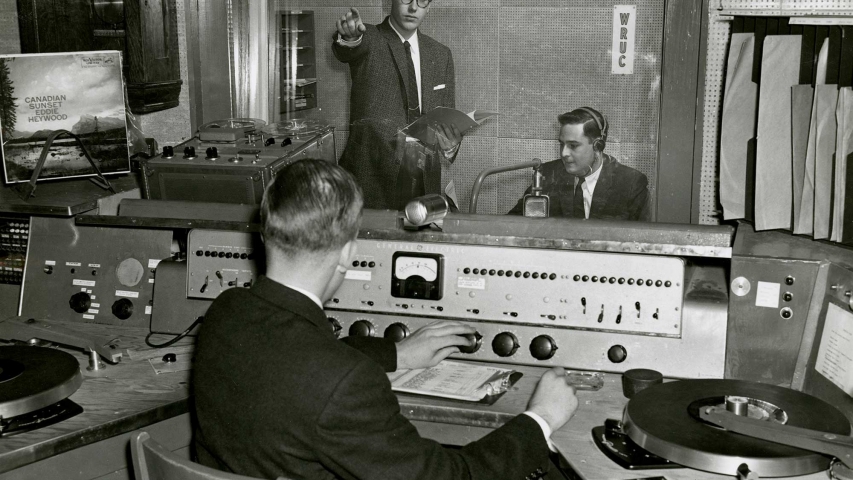 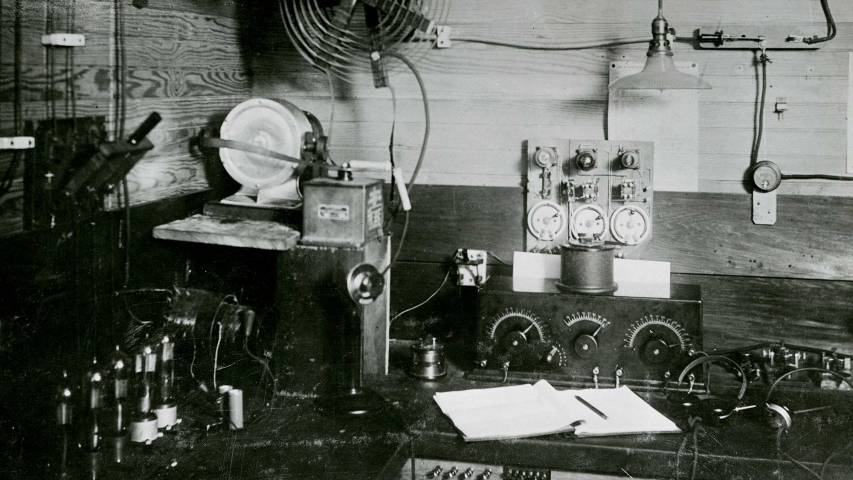 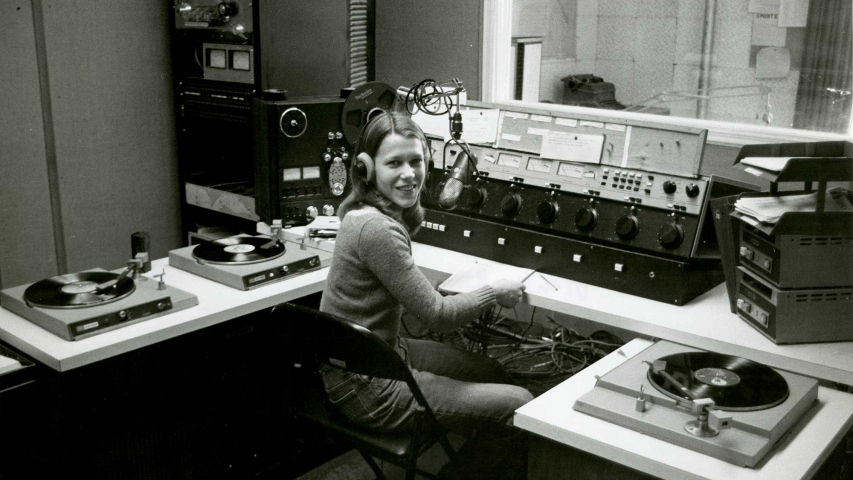 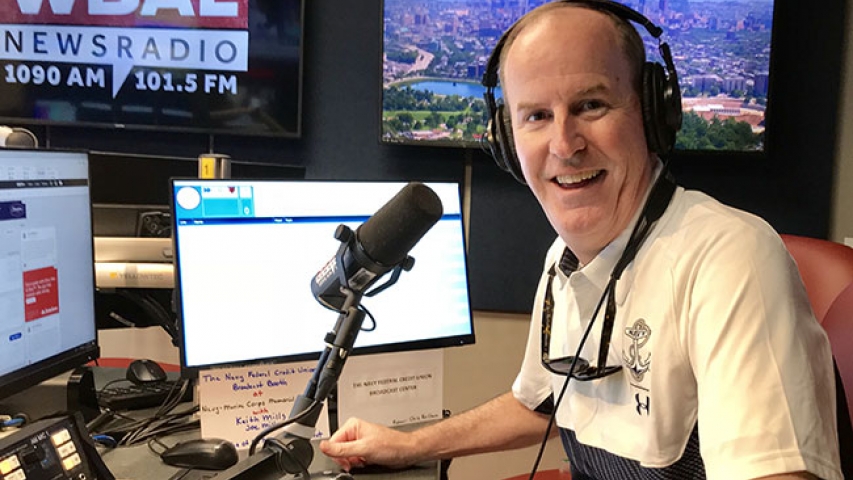 Scott Wykoff '85, a reporter for WBAL in Baltimore, is among a number of alumni who launched broadcast careers from Union.

Celebrating 100 years of college radio on campus, take a look back at the musical acts who have played at Union College since 1960. Listen to Union's Spotify playlist featuring artists who have played on campus (note: some songs may contain explicit lyrics).