Departments involved in fulfilling the obligations of these Emergency Management Procedures include: President’s Office (Executive Assistant to the President), Campus Safety (Director of Campus Safety), Dean of Students Office (Vice President of Student Affairs), and Office of Communications (Director of Media and Public Relations).

In the event of any crisis that affects the Union College campus the following steps will be taken immediately to assess and develop a response plan. Union College’s primary consideration is the safety, health, and security of the campus community.

The Emergency Management Procedure (EMP) is designed to provide guidelines for responding to a variety of incidents and emergencies that affect the College. Not all emergencies require the same degree of response, and each incident will be evaluated on a case-by-case basis.

A campus emergency with limited impact that does not affect the overall operation and function of the College. Examples would include a minor hazardous material incident, small fire, or temporary limited power outage. A Limited Emergency will not normally entail notification of the Emergency Management Team except through routine communications.

A local emergency that has disrupted or potentially may disrupt significant operation of the College or adversely impact a major population of the community. Examples include serious crimes on campus, major fires, death(s), or partial infrastructure failure. A General Emergency may entail Union College Emergency Response Alerts

A community-wide emergency that potentially disrupts the operations of the College and involves major damage or systems failure. Major Emergencies impact not only the College, but possibly the surrounding community and beyond. Examples include tornadoes, widespread extended power outage, severe natural disasters, or serious acts of terrorism. A Major Emergency will entail Union College Emergency Response Alerts.

When it appears that the incident is very serious:

Response to any level of emergency:

All occupants are required to evacuate the building immediately when a fire alarm sounds or other evacuation signal is given. Individual office personnel will turn off personal computers to protect college data from possible damage. The last person to leave an office, classroom, or lab will close and lock the door

Campus Safety is responsible for testing the College’s Emergency Management Procedures at least once per year. These tests may be announced (as in the case of a residence hall fire safety program) or unannounced (as in the case of emergency preparedness drills). Campus Safety is responsible for maintaining documentation for each test including a description of the exercise; the date, time, and place of the exercise; and whether the drill was announced or unannounced. 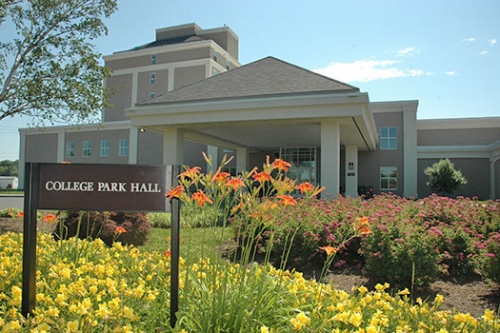