A study by Prof. Hart & Union researchers is among the most popular stories on the College’s news site in 2021.

Follow the leader: Narcissists tend to gravitate toward Trump

Union’s award-winning news site garnered more than 247,000 unique page views during the year, making it one of the College’s most popular sites.

Topping the list was a piece highlighting research done by Joshua Hart, professor of psychology, and Nathaniel Steckler ’20. Posted just before the 2020 presidential election between Trump and Joe Biden, the research offered a personality-driven theory for Trump’s popularity: he attracts the support of fellow narcissists. The research was published in The Journal of Social Psychology in July, helping drive readers to Union’s news site.

For many mental health professionals and armchair psychologists, the diagnosis is textbook: Donald Trump suffers from pathological narcissism. The grandiosity, lack of empathy and cruelty toward those viewed as lesser beings all point to this condition.

But what about his supporters? Political scientists have endlessly dissected his unlikely 2016 win for the presidency and developed a dominant narrative that focuses on two factors to explain Trump’s popularity: a historically polarized political climate, and his appeal to less-educated lower income white voters who felt left behind by a society moving toward increased diversity, religious pluralism and economic globalism.

Now, a new study by researchers at Union College offers a personality-driven theory for Trump’s popularity: he attracts the support of fellow narcissists.

“We found support for the idea that a narcissistic personality, which is founded on insecurity and a fascination with self-aggrandizement and power, makes people more likely to be attracted to traditional, law-and-order worldviews and a dog-eat-dog attitude about the jockeying of various social groups for resources and power,” said Joshua

Hart, professor of psychology, co-author of the study with Nathaniel Steckler ’20.

“This mentality corresponds to the two pillars of conservatism, social, and economic, along with anti-immigration attitudes and, ultimately, support for Trump,” Hart said.

The study’s authors surveyed more than 300 adults across the U.S. (191 men and 111 women) to measure their economic and social views, narcissism, political affiliation, right-wing authoritarianism (traditional, law and order), social dominance orientation (belief in and endorsement of inherent differences between social groups) and Trump support.

The study also asked about respondents’ attitudes on immigration because they are central to Trump’s political messaging and success. This includes his policy on separating migrant children from their families at the border and his call to deport 800,000 “Dreamers” brought to the U.S. as children.

Building on previous research on the correlation between narcissism and ideology, the study found that individuals who scored higher in narcissism are more likely to adopt right-wing authoritarian and social dominance-oriented attitudes, which lead them to embrace socially and economically conservative policy positions. These traits are commonly associated with anti-immigration attitudes, a strong predictor of Trump support.

Hart acknowledges the study is based on self-reports of personality and attitudes, and that people are not always able or willing to be honest in their responses. The study, which is under peer review and has not yet been published, is also based on correlations, not an experiment.

“You can't randomly assign people to be narcissistic or not, so you don't know for certain that it's narcissism per se that causes Trump support, vice versa, or some other unmeasured variable,” he said.

But personality develops before ideology. Hart thinks it is likely that narcissism predisposes a combination of insecurity and grandiosity that tilt people toward adopting consonant worldviews. This includes an adversarial stance toward immigrants. Those negative attitudes, along with social conservatism, make Trump a highly appealing figure to individuals with those traits.

Heading into the homestretch of the 2020 presidential campaign, former Vice President Joe Biden holds a double-digit lead over President Trump in many national polls. If Trump were to repeat the upset win he pulled off in 2016, would he need even more support from narcissists like himself?

“In short, Trump support is largely a partisan phenomenon, and partisanship is (at least in part) explained by personality, such that conservatives tend to be slightly more narcissistic,” Hart said. 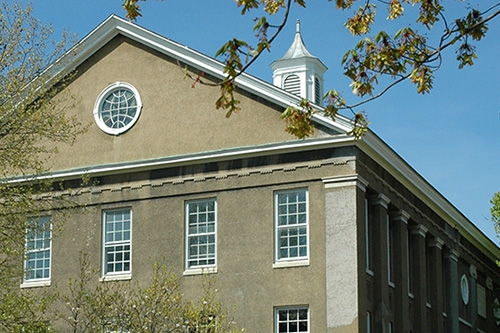