Arthur Newkirk (1914-2006), was a research chemist and conservationist whose life-long leadership in environmental organizations led to the protection of Lake George and other areas in New York’s Forest Preserve.

Newkirk’s lifelong commitment to environmental protection is apparent through his participation in multiple environmental organizations. He was appointed as president to the Adirondack Mountain Club in the 1950s. He was also a member of the Eastern New York Chapter of the Nature Conservancy where he later played a pivotal role in establishing the conservancy’s first preserve: Dome Island Memorial Sanctuary, a 16-acre island at the center of Lake George. Dome Island was donated by John S. Apperson in 1956, with the proviso that it be protected in perpetuity.

The Newkirk papers describe the Dome Island Memorial Sanctuary Committee’s work to honor Apperson’s wishes by establishing environmental protections on the island. This included limiting visitor access, shoreline restoration and scientific research. Because of Newkirk’s prior work with Apperson on monitoring water levels in order to prevent shoreline erosion, he chaired the committee and eventually went on to commit 40 years of island stewardship during his life.

The Newkirk papers recount his work providing scientific expertise in issuing recommendations concerning the proposed routing of the Adirondack Northway during the late 1950s-early 1960s. He also participated in the fight against construction of the Panther Mountain Dam, later known as the Black River Wars. His efforts to fight legislation injurious to the wilderness character of the Adirondack Park, as well as develop sound policy regarding land use and management, saw extensive correspondence with influential politicians and environmentalists of the time. Further work to promote conservation in the Adirondacks was achieved through numerous writings, lectures and addresses.

The Newkirk papers span from 1903-2004 and are open to the public. A finding aid to the collection may be viewed here. 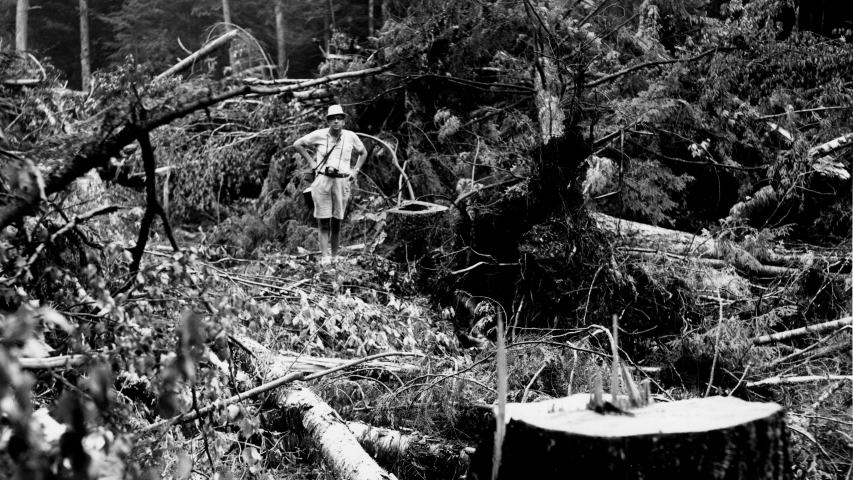 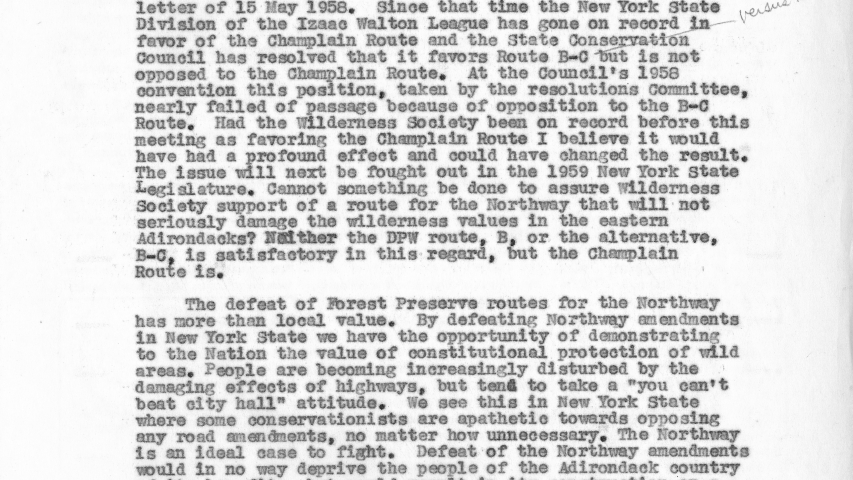 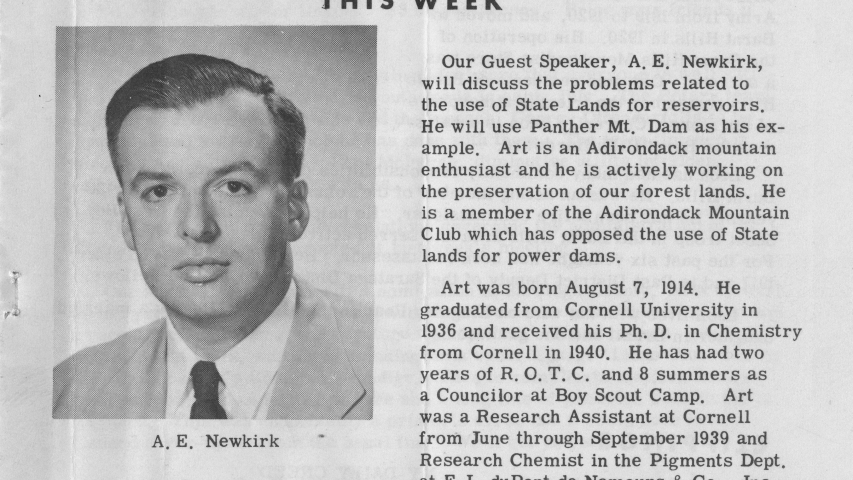 From the Arthur E. Newkirk papers (ARL-017). Courtesy of the Adirondack Research Library of Union College.