“We need wild and untrammeled lands too, or our wild rivers will be akin to healthy circulatory systems in diseased bodies. It is essential that we have at least a few vast stretches of mountain, seashore, and forest wildernesses because of the incomparable sanity it can bring into our often frenetic lives.”1

Couch-Sa-Chra-Ga, an Algonquin term and high peak, was also the name of a documentary film production company whose records are now open for researchers. With Paul Schaefer as its Executive Director, the Couch-Sa-Chra-Ga Association, Inc. was formed in 1976 for the purposes of educating the public on the value of New York State's wild lands, forests, and waters through the medium of documentary film.

A few years prior to the start of Couch-Sa-Chra-Ga, the non-profit, Association for the Protection of the Adirondacks under the tutelage of Paul Schaefer, produced: “Of Rivers and Men”. This film was released in 1972 and discussed the impact of the Wild, Scenic and Recreational Rivers Act would have on protecting the headwaters of New York’s 36 major rivers that originated in the Adirondacks. Given the success of this production, Schaefer was inspired to start his own production company.

Couch-Sa-Chra-Ga represented Paul Schaefer’s small, non-profit, independent film company that was comprised of dedicated volunteers who donated their time and expertise for environmental conservation causes. The first production entitled, “The Adirondack: The Land Nobody Knows” documented the fragile ecosystems in the Adirondacks and the need to provide ongoing environmental protection for the region.

At the time, there was much public criticism aimed at the New York state government for unnecessarily restricting activities in Adirondack Park lands under the Adirondack Park Agency. Schaefer’s educational film helped explain the importance of zoning restrictions that were based on preserving the fragile ecosystems that may not be able to withstand excessive use. This film was a result of Schaefer’s cadre of volunteers who utilized their own personal cameras, tape recorders, and editing equipment to release the production. Other dedicated volunteers donated their cabins as lodging and vehicles to travel within the park. In one case, a helicopter was donated to shoot important aerial views of the impacted zones. After a lengthy post-production, the film was finally completed in 1980.

Needless to say, Schaefer’s film was a success. It received positive recognition at film festivals in New Zealand, Canada, Spain, Malta, and Portugal. In addition, Schaefer’s production was selected by the Society of Amateur Cinematographers as one of the top six films produced in 1980. It also received the highest categorical award from the American Association for the Advancement of Science and was featured at the centennial celebration of the New York State Forest Preserve in 1985.2

The 1980s marked an explosion of video formats, new equipment, and increasing production costs. Though Schaefer planned to create a sequel entitled, “The Adirondack: The People’s Land”, it never came to fruition. In 1991, Schaefer determined that the goal of the production company had been realized. This along with dwindling financial resources, Couch-Sa-Chra-Ga was dissolved and all copyrights were transferred to the Association for the Protection of the Adirondacks. A finding aid for the collection can be found here. The ARL holds all of the films mentioned in this article, along with many others which can be viewed at onsite. In the meantime, have you or someone you know filmed your explorations of the Adirondacks? If so, please let us know!

1The Film: Of Rivers and Men: An Adirondack Documentary. Association for the Protection of the Adirondacks, 1972.
2 Background Information. Couch-Sa-Chra-Ga Association, Inc. records (ARL-011) Box 1, Folder 8 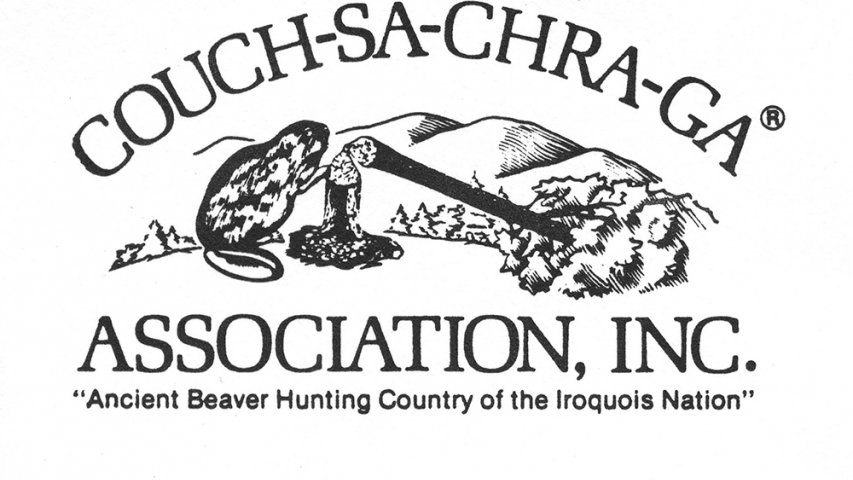 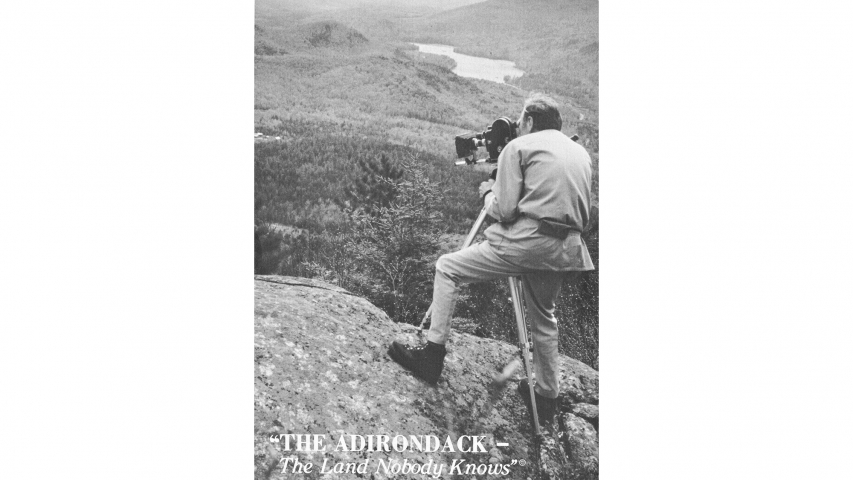 Promotional materials for the 1980 film. Courtesy of the Adirondack Research Library of Union College. 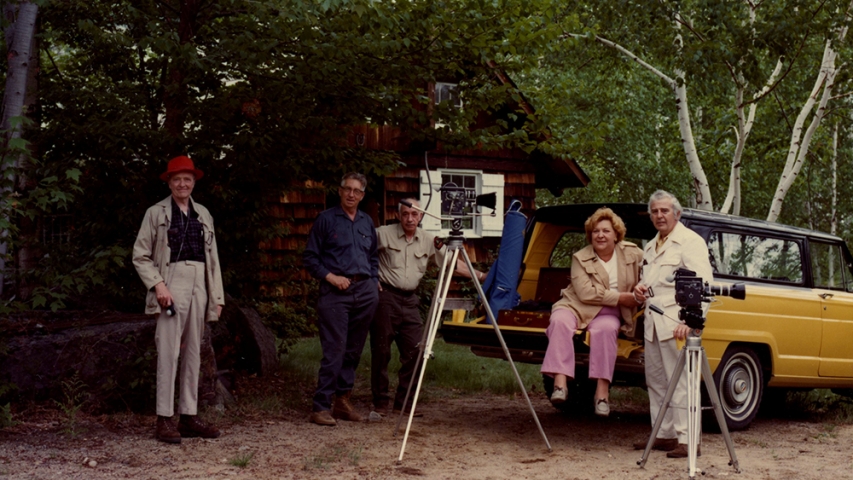 Paul Schaefer and others get ready for a day’s filming. Courtesy of the Adirondack Research Library of Union College. 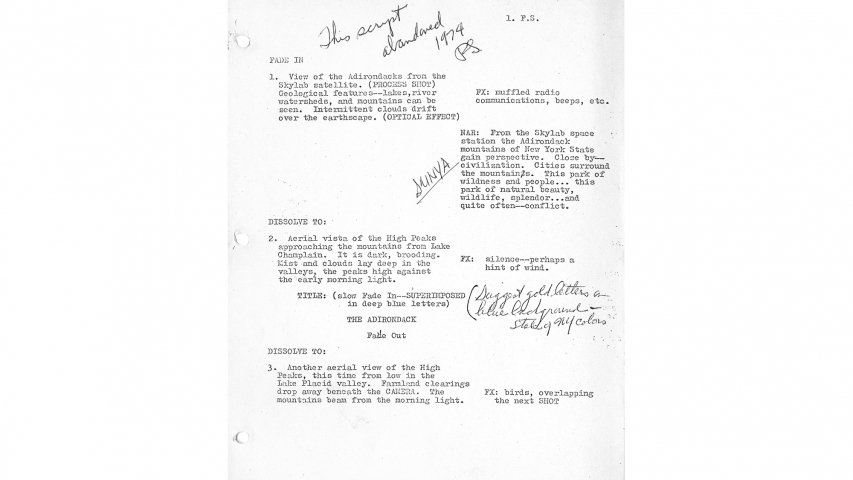 An abandoned script demonstrating the constant re-tooling needed for film production. Courtesy of the Adirondack Research Library of Union College.