The allure of wilderness and its uses for society have shifted over time, but for as long as the Adirondack Forest Preserve has existed, New York forest rangers have played a major role in serving to protect it.

I recently finished processing an archival collection about forest ranger, Louis Curth. This collection is now available for research at the Adirondack Research Library. Curth, a retired New York forest ranger, donated the collection to the library in three parts in 1988, 1998, and 2014. His collection consists of research materials that he compiled in order to document the history and evolution of the New York State Forest Rangers since their inception in 18991. Curth compiled the bulk of the materials in preparation for his publication, The Forest Rangers: A History of the New York State Forest Ranger Force, published in 1987, just after the Forest Preserve Centennial of 1985.2

While the presence of forest rangers may often be attributed to emergency situations, Adirondack park recreationists can sometimes overlook the day to day work that forest rangers must do to ensure the safety and protection of all visitors in Park.

“As police officers, wildland firefighters and wilderness first responders, rangers are prepared to protect the state's forests and the people who use these great natural resources from all kinds of dangers. Each day and regardless of weather, forest rangers patrol 5.0 million acres of Department-administered public lands…”3

Core duties of forest rangers include search and rescue, law enforcement, fire management, and education/outreach. These topics are all part of the Curth Collection with an emphasis on specific ranger duties and how they evolved over time.

For example, the Curth records show the rise and decline of fire tower condition and status throughout the 20th Century. Two great fires in 1903 and 1908 caused the destruction of nearly 1 million acres of forest in the Adirondacks. To address the problem, The State of New York established districts to help rangers spot and control fires. This move resulted in the construction of fire observation towers that were placed on numerous mountaintops. At its zenith, over 120 fire towers were erected. However, as technology changed, the need for staffed fire towers decreased in favor of more efficient observation aircraft (numerous photographs of such aircraft are featured in Curth’s photographs). This method would later become the standard mechanism to spot and fight forest fires. 4 Similarly, with the increase of recreational hikers after World War II, search and rescue needs became more intensive for the rangers. To meet an increased demand, forest rangers began to focus their work on public outreach and education as an important teaching tool to prepare hikers who visited the Adirondack Park. Indeed, more people in the park also meant a greater need for law enforcement activities. The Curth collection contains a wide variety of formats from standard research files and clippings, to unpublished photographs, film, and more Smokey the Bear items than you would think ever existed. We invite you to come into the Adirondack Research Library to take a look at the materials that make up more than 11 record boxes. A detailed description of the Curth Collection is available in the finding aid here. I’ve also posted a few interesting items that I came across while processing the materials below. 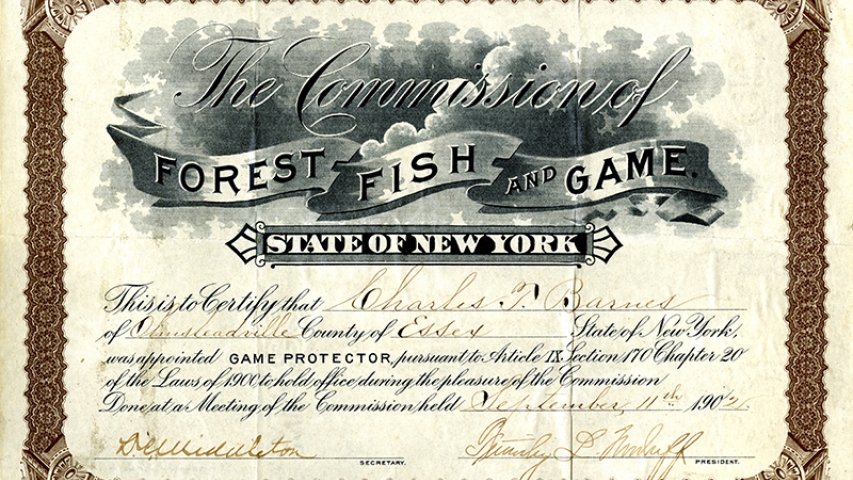 A commission appointing Charles T. Barnes as Game Protector in 1902. He later became a Forest Ranger where he died in the line of duty. The title of Forest Ranger first appeared in 1911, having been proceeded by Fire Warden and Patrolman. 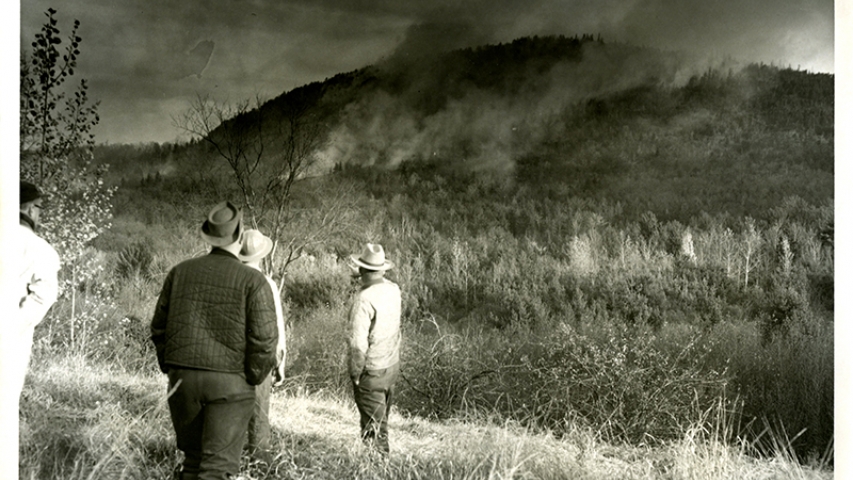 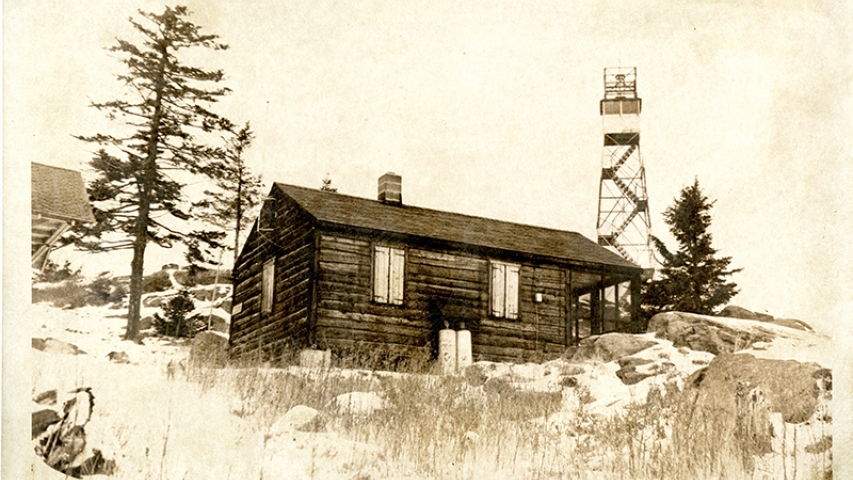 4 The History of Fire Towers: Protecting the Adirondacks in the 20th Century