Overdevelopment has long been a specter hovering over the Adirondack Park. However, through the efforts of conservationists such as Harold Jerry, much of the park remains forever wild.

Harold A. Jerry, Jr. (1920-2001) worked as a politician and lawyer in New York. Throughout much of his illustrious career, he collaborated with numerous New York state agencies, environmental organizations and served on several temporary environmental commissions for two former governors. Mr. Jerry’s intelligent analysis of environmental policies and were critical for protecting the wild lands in the Adirondack Park.

In the 1967 Laurance Rockefeller submitted a controversial proposal to change the Adirondacks into a national park. His brother, New York Governor Nelson Rockefeller, appointed Jerry executive secretary to study the proposal. This resulted in the formation of a Temporary Study Commission on the Future of the Adirondacks. Under Jerry’s leadership, the commission recommended that any future park development be consistent with sustainable and carefully managed long-term approaches. The Harold A. Jerry papers document the crafting of these policies, specifically through the numerous draft policy papers that culminated into a final report in 1970. This report led to the creation of the Adirondack Park Agency (APA) by 1971. Today, the APA continues to oversee all development proposals within the Adirondack Forest Preserve.

By the late 1980s, acid rain and other environmental challenges greatly impacted the Adirondacks. To help combat these issues, Governor Mario Cuomo worked to improve park management by creating the Commission on the Adirondacks in the 21st Century. Jerry was again asked to serve to assist the commission to produce technical reports about the Adirondack economy, rural life, private land regulations, zoning, forestry, biological diversity, and water quality. The Jerry papers contain his meticulous journals and detailed meeting minutes of the commission in shaping up-to-date environmental policies for the Adirondacks.

The Harold A. Jerry, Jr. papers span much of his professional career (1953-1995) and contain over 11 cubic feet of records. The collection includes reports, printed documents, correspondence, writings, recommendations, and other archival materials on efforts to tackle overdevelopment in the Adirondack Park. The Jerry papers are open to the public. A finding aid to the collection may be viewed here. 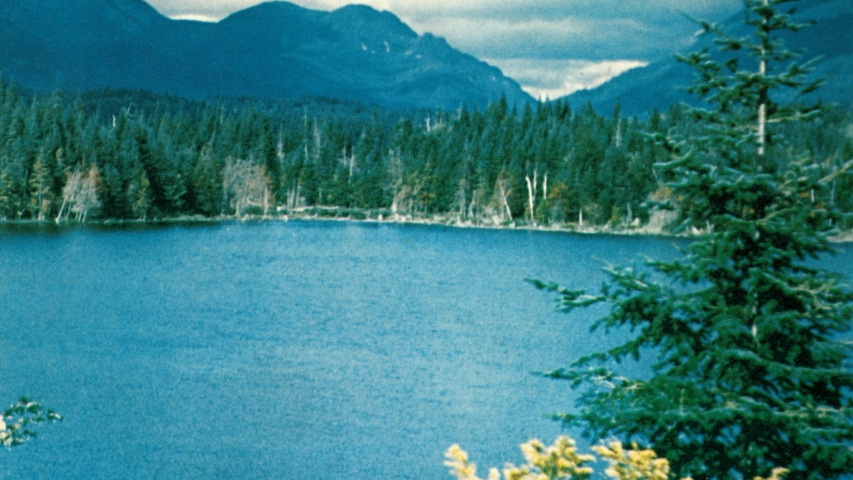 First part of the Report of Governor Rockefeller’s Temporary Study Commission on the Future of the Adirondacks, 1970. Image from the Harold A. Jerry, Jr. papers (ARL-045). Courtesy of Adirondack Research Library of Union College, and Protect the Adirondacks! Inc. 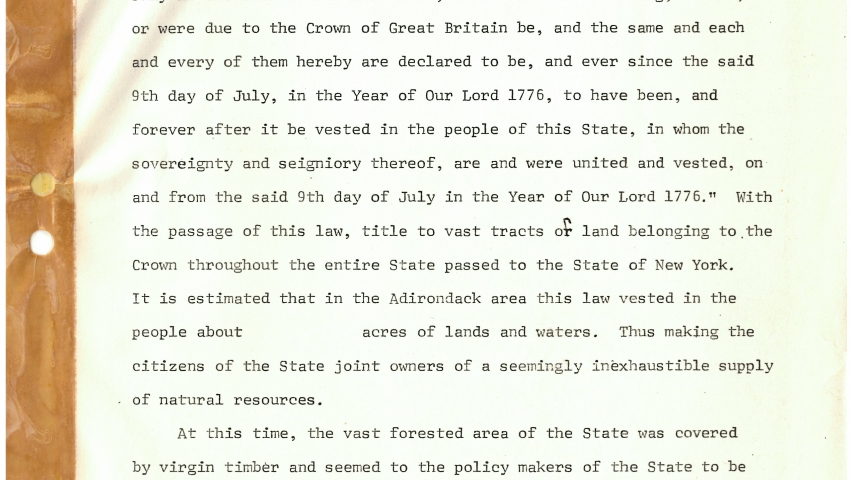 Jerry contributed to numerous published reports written by the commissions he served on. Courtesy of Adirondack Research Library of Union College, and Protect the Adirondacks! Inc.