A new archival collection has been processed and is now available to researchers. The papers document the life of American poet, fashion model, and social worker, Jeanne Robert Foster.

Jeanne Robert Foster (1879-1970) was born Julia Elizabeth Oliver in Johnsburg, New York, a small town in the Adirondacks. In 1896, Jeanne married a man called Matlock Foster, an insurance salesman who was 28 years older than her. Through him she was able to relocate to Rochester then to New York City. In 1900, she met the editor of Vanity Fair, and a career as fashion model followed suit. In 1913, she became the editor of the Review of Reviews. While she was in England working for the magazine, she witnessed the outbreak of the First World War. It is rumored that she also became a spy or “secret correspondent” during this time. Although she was famous and worldly, Jeanne Robert Foster always remembered her roots. She published two books of narrative verse based on recollections growing up in the Adirondacks: Neighbors of Yesterday and Wild Apples, both published in 1916. Foster met John Quinn in 1918, a wealthy New York City lawyer with political and artistic leanings. Together they traveled throughout Europe during the early 1920s. During this time, Foster also befriended famous writers: John Butler Yeats, father of the Irish poet William Butler Yeats, Ezra Pound and T.S. Elliot.

Following the death of Quinn coupled with the declining health of her family members, Foster moved to Schenectady in 1928, where she lived until her death in 1970. Her husband and father both died in 1933. In Schenectady, she became head of the Tenant Selection Bureau of the Schenectady Municipal Housing Authority. After witnessing the plight of the elderly in the Adirondacks, she actively focused on providing the needy with affordable housing. Foster’s dedication was recognized as she was awarded Patroon of the city. Though she was less known in Schenectady for her early literary and artistic works, Foster kept up her correspondence with literary friends across the globe. In 1970 Union College awarded Jeanne Robert Foster with an honorary degree. She died shortly after on September 22, 1970 and is buried in the Chestertown Rural Cemetery. The collection was purchased by Union College in 2013. It had originally been willed by Foster to Professor William M. Murphy following her death in 1970. Additional materials were donated by Delanne Stageman in 2013 and 2015.

The Jeanne Robert Foster papers (ARl-037) consist of 12 boxes with the bulk of materials dating from 1930-1970. The collection includes biographical information, correspondence, unpublished manuscripts, poetry, photographs, scrapbooks, and ephemera. The materials are particularly rich in correspondence and reflect Foster’s unpublished writings, including hundreds of ‘hidden’ poems. While Jeanne Robert Foster's early experiences are documented in the papers, the collection also illuminates her community service to Schenectady in her later life. Her papers highlight an extraordinary life and the contributions she made to the arts of humanity of her time.

A finding aid for the collection is available here. 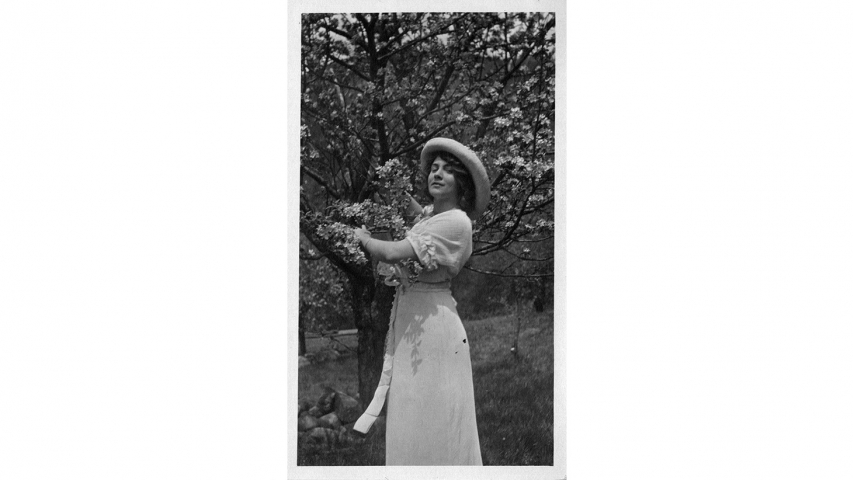 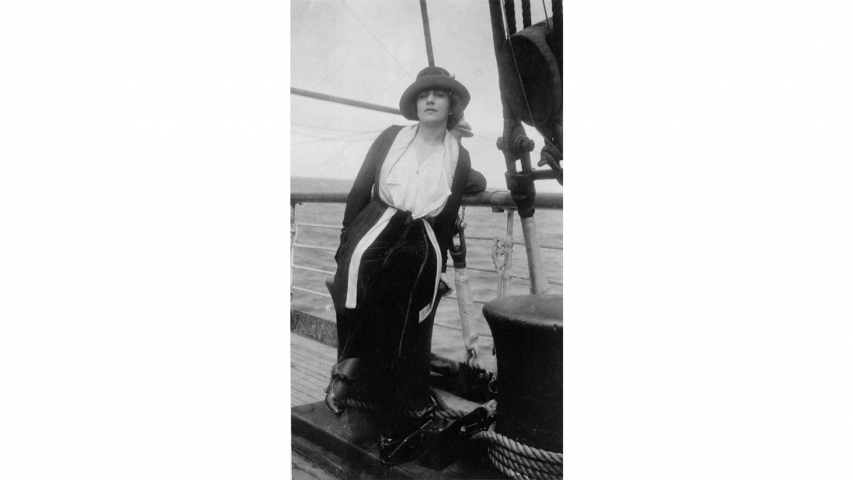 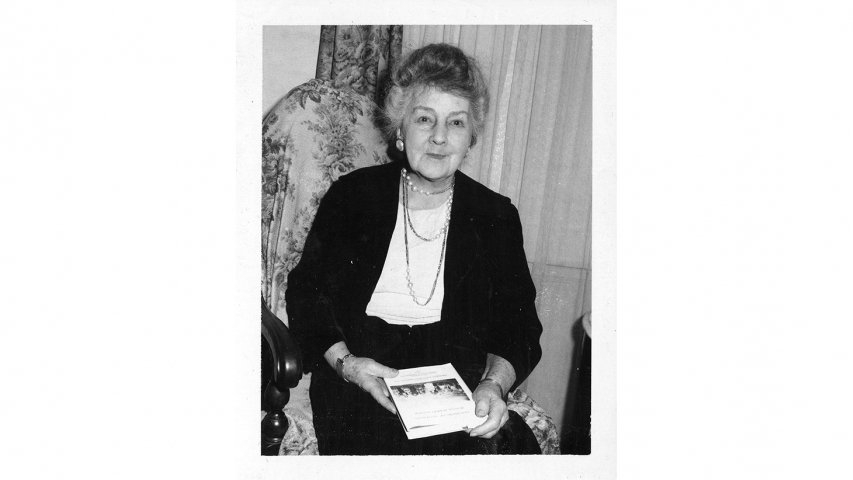 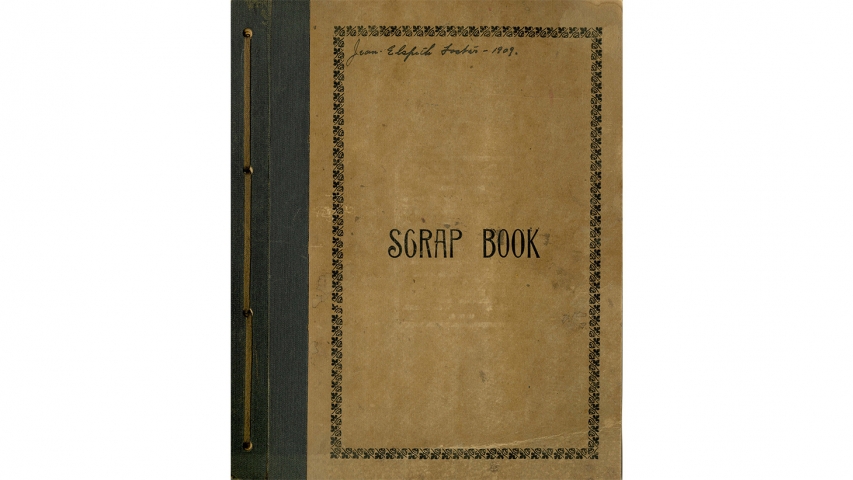 Scrapbook containing news clippings, poems, and more, 1909. Note she uses one of her many pseudonyms for her middle name. Courtesy of the Adirondack Research Library, Union College, Jeanne Robert Foster papers (ARL-037) 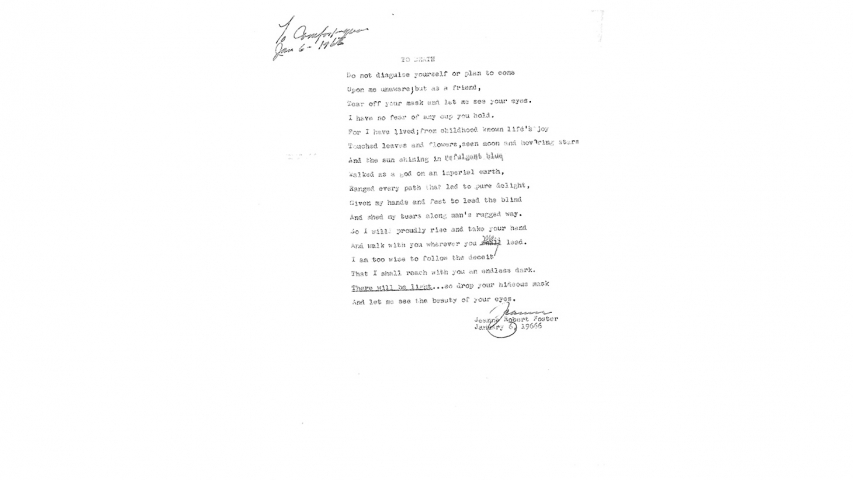 Jeanne dabbled in the occult and spiritualism throughout her life as witnessed in this poem from the 1960s. Courtesy of the Adirondack Research Library, Union College, Jeanne Robert Foster papers (ARL-037)