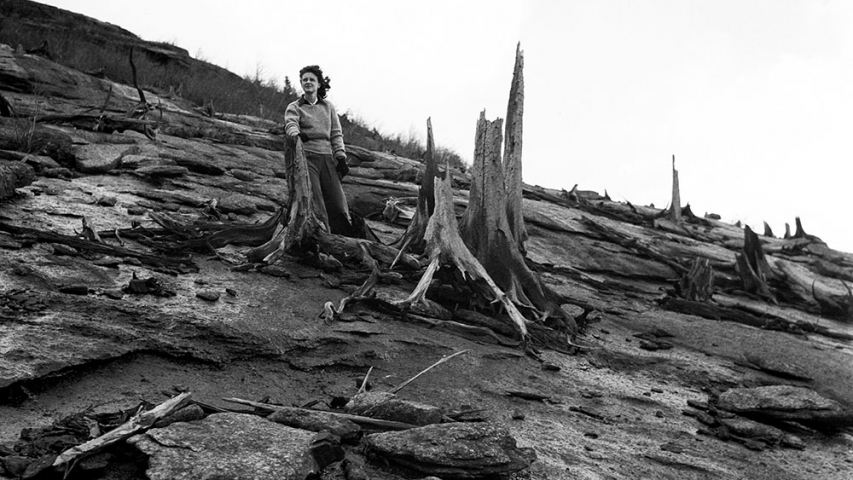 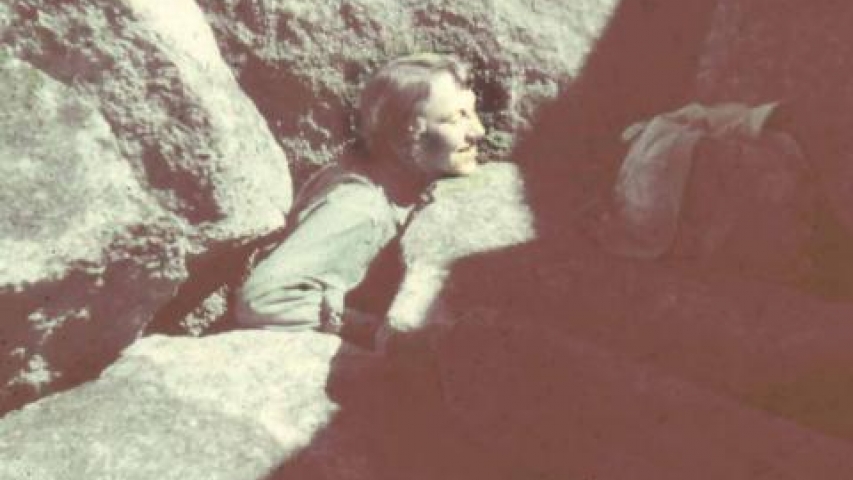 Photographs from the Adirondack Research Library’s Kay Flickinger Dockstader Papers are now available online, covering the years 1929-1974. The collection consists of more than 1000 items, mostly photographs and postcards, of extensive scenic photographs of the Adirondack Mountains, with captions transcribed and fully searchable. The photos captured scenes during the years that Flickinger Dockstader hiked with clubs sponsored by General Electric, ADK, and the YMCA, and detailed many of them with personal notes about the locations and participants.

Flickinger Dockstader (1910-1995) was an avid hiker and enthusiast for the Adirondack Mountains. Her regular weekend hiking trips allowed her to photograph the mountains and fauna of the park, providing extraordinary views and capturing less-traveled as well as well-known areas. In 1946, Flickinger became the forty-first person to climb all 46 high peaks, and within twelve years had attained the accolade a second time. Her experiences and study of the Adirondacks made her a passionate and effective advocate for environmental issues related to the mountains; over time she secured parcels of land that she donated to the Saratoga PLAN for preservation and trails. As the first woman to climb Mt. Iroquois on skis, Flickinger hoped to bring more women to the mountains, telling a Times Union reporter in 1970, “I think climbing the 46 is a delightful game, and I’m anxious to see more girls get out in winter.”

Find more information about the collection and review the finding aid.

Find out more about the ARL.

This collection is on permanent loan through the generosity of Protect the Adirondacks! Inc.