Gagion and Hajiyev are the latest recipients of a summer research fellowship program offered through the Kelly Adirondack Center. Now in its sixth year, the competitive program is open to students enrolled in an undergraduate, master’s or doctoral program. Over the course of eight weeks, fellows conduct independent research on an issue impacting the Adirondacks. They also meet with representatives of organizations involved with Adirondack advocacy and policy. Visits to the Adirondacks are also part of the itinerary. Each fellow receives a stipend and, if needed, housing. The fellowships are funded in part through a grant from The Andrew W. Mellon Foundation to strengthen the College's Adirondack Studies initiative.

Primarily using resources at the center’s Adirondack Research Library, Gagion is examining the evolution of the forest rangers, including their training, the role of women and the job of preserving the six-million acre Adirondack Park. While digging through boxes of material at the Kelly Adirondack Center on the history of the New York State forest rangers, Anna Gagion ’19 was surprised to discover the paucity of information about women.

“There haven’t been a lot of women in the profession, so I wanted to learn more,” said Gagion, an environmental policy and French major from Chappaqua, N.Y.

For Sanan Hajiyev ’19, a class he took in the fall term on environmental anthropology led to his interest in exploring the roots of modern day environmental and ecological morality. One focus is the historic Philosophers’ Camp in the summer of 1858.

Organized by William James Stillman, Class of 1848, the outing brought together 10 scholarly men, including poet Ralph Waldo Emerson and scientist Louis Agassiz, deep into the wilderness of Follensby Pond. There, the men spent several weeks of spiritual bonding over nature.

“I want to see how the moral foundation they set has evolved over time,” said Hajiyev, an environmental policy major who arrived in the U.S. from Azerbaijan in 2006. “How the actions we have taken to protect the environment may have had unforeseen moral consequences and how our moral view of the environment has changed.” 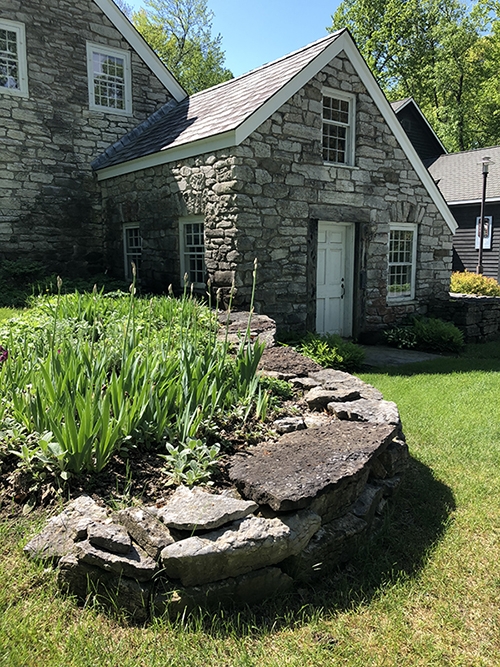 The ARL is a part of the Kelly Adirondack Center. For upcoming events and other information, visit the KAC website.