The Multicultural Greek Council is the governing body for the Multicultural, Black, and Latino/Latina Fraternities and Sororities. Member chapters are generally members of the National Pan-Hellenic Council, National Association of Latino Fraternal Organizations, or independently governed. The primary purpose and focus of member organizations is community awareness and action through educational, economic, cultural, and service activities.

The first intercollegiate fraternity in the United States established for men of African descent, was founded at Cornell University in Ithaca, New York by seven college men who recognized the need for a strong bond of Brotherhood between African Americans. The visionary founders, known as the "Jewels" of the Fraternity, are: Henry Arthur Callis, Charles Henry Chapman, Eugene Kinckle Jones, George Biddle Kelley, Nathaniel Allison Murray, Robert Harold Ogle and Vertner Woodson Tandy. The Fraternity initially served as a study and support group for minority students at Cornell. During those beginning days, the Jewel founders and early leaders of the Fraternity worked to lay a solid foundation for Alpha Phi Alpha's principles of scholarship, fellowship, good character and the uplifting of humanity.

In 1983, the need for that form of social and academic contact was again desired by a group of eight men. These men went on to pledge through the graduate chapter in Albany, NY. By doing so, they established Union College's first black fraternity.

Phi Iota Alpha Fraternity, Inc., established on December 26, 1931, is the oldest Latino Fraternity in existence,and works to motivate people, develop leaders, and create innovative ways to unite the Latino community. The brotherhood is composed of undergraduate, graduate, and professional men committed towards the empowerment of the Latin American community by providing intensive social and cultural programs and activities geared towards the appreciation, promotion and preservation of Latin American culture. 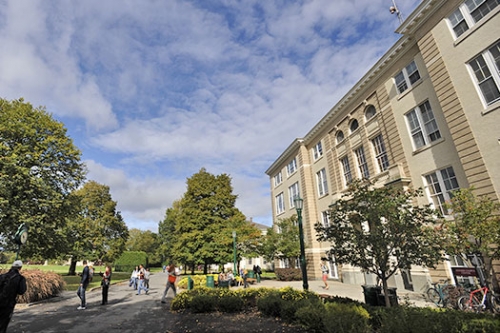