All visitors will be required to follow Union College mask and vaccination protocols.

Take a virtual tour of the exhibit!

This exhibition examines the intersections between collecting, biographies and multiple temporalities. It presents an artwork within an artwork. Specifically, artist Chadwick Augustine has designed an installation of wood and other mixed media that enfolds and converses with selected works from the Robert M. Finks Collection of East Asian Ceramics, which is part of the Union College Permanent Collection.

I’ve always sensed that what I’m doing in my studio is a practice of expanding, rather than clarifying ideas. The opportunity to make a new work that elicits a conversation with the Robert M. Finks East Asian Ceramics Collection hosts this phenomenon of expansion in ways that clearly identify my own curiosity of what collection means, or how collecting expresses our identity, and where the margins of “maker” and “inheritor” might overlap one another. Seeing that my practice borrows from the languages of craft, mythology, and the collaging of sculptural forms, the invitation to work with the Finks collection felt like a natural pairing to deepen this exploration. Identifying as an artist who periodically works within a ceramic tradition, having the Collection’s vessels to use as a single sculptural presence allows me to have Research, and the Wilderness of Looking open up in dialog with my own biography.
– Chadwick Augustine, December 2021

Chadwick Augustine is an artist working in Brooklyn and in Upstate New York. He earned his MFA in Ceramics from the New York State College of Ceramics at Alfred University in 2004, and his BFA from the University of Wisconsin at the Peck School of the Arts in Milwaukee, Wisconsin in 2001.

The late Dr. Robert M. Finks (1927-2014) was a Research Professor of Geology at Union College from 2003-2011. Before that, he was a Professor of Paleontology at Queens College, City University of New York, from 1961-2001. He specialized in the research and description of early to middle Paleozoic sponges, many new species of which he named. Dr. Finks is said to have had a large collection of fossil specimens. He also collected words, and was a published poet. His pursuit of knowledge extended to historical objects as well, including original edition books, a Roman glass acetabulum, or vinegar cup, and cupboard upon cupboard of ceramic vessels, eighty-four of which he donated to Union College before his passing.

Research, and the Art of Looking in the news. 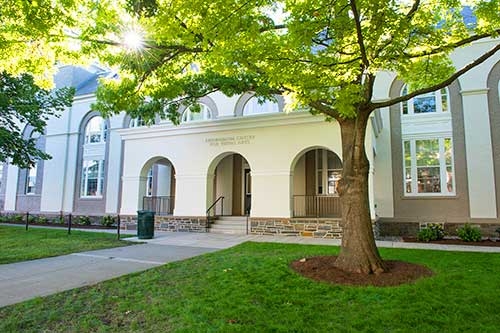