Union College offers a wide variety of courses in music theory, composition, music history, and jazz studies. The music faculty offer history courses which complement both the European and American sequences of the Common Curriculum. The department offers a major, ID, and minor in music.

The Department of Music is located in the Taylor Music Center. The centerpiece of the building is the Fred L. Emerson Foundation Auditorium, an intimate performance space that seats 100.

Join members of Union's family as we make music and build community.

Cellist André Laurent O'Neil, one of several talented musicians offering students private lessons in the Taylor Music Center, has recorded a new two-CD set, “Bach Cello Suites,” available at editionlilac.com. André has a long history with the suites, beginning with his first cello teacher assigning a bourrée from the C Major Suite. As a teenager, he was inspired hearing Dutch cellist Anner Bylsma play the complete Bach suites at Union. He went on to study at Yale and graduated with honors, then studied historical performance practice at the Royal Conservatory in the Netherlands for three years. He returned to the Capital Region where, throughout his career as a cellist, he kept revisiting the Bach Cello Suites. He had the opportunity to perform them all twice during the University at Albany's 2002-03 season and a few years later for a benefit concert for Bennington Baroque. It was after that concert that he decided to record the music while it was fresh in his fingers. André is currently principal cello of the Schenectady Symphony Orchestra, and he continues working with other orchestras and ensembles in the U.S. and abroad. For more information, see the article in the Albany Times Union by music writer Joseph Dalton. 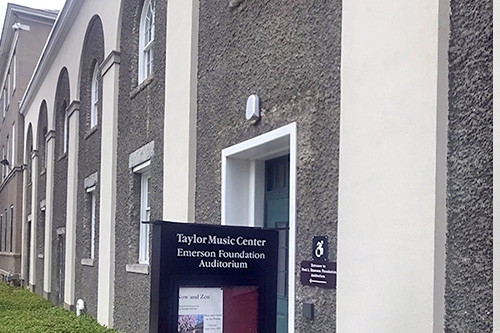